As the capital of a country with a long and complicated history, Berlin wears German history on its sleeve. From the prominently placed and emotionally moving Holocaust Memorial to the East Side Gallery’s graffitied remnants of the Berlin Wall, warnings for humanity to learn lessons from its collective past are everywhere.

One of the city’s most interesting and educational monuments to the past is the Jewish Museum Berlin. Drawing on an extensive collection, each gallery builds upon the next as visitors are invited to trace the history of German and Eastern European Jews from the Middle Ages up to horrors of Nazi Germany under the rule of Adolph Hitler. 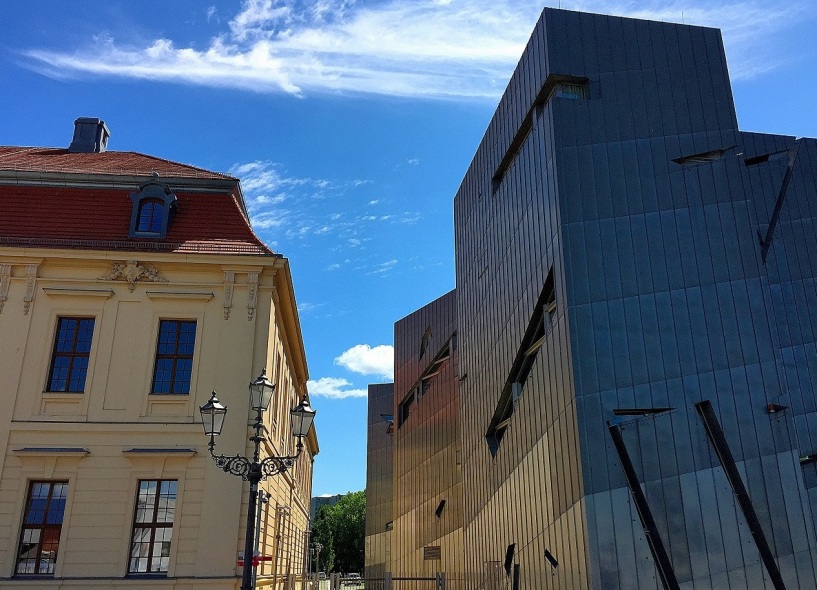 This is not a museum solely dedicated to the Holocaust, but one that does an especially good job of identifying the ever-changing status of local Jewish communities during the millennium leading up to Germany’s modern age in the 19th and 20th centuries. Through text, illustrations, paintings and personal objects, non-Jewish and Jewish visitors alike are able to fill in any missing gaps in their understanding of the events that led to the darkest days of Nazi Germany.

According to the museum, many of the prejudicial social attitudes toward Jews originated during the Middle Ages – a time of famine, plague and religious disputes across the European continent. The prejudice grew as a result of the religious fervor that took hold during the Christian Crusades.

European Jews – who were seen as ‘non-believers’, just like the Muslims the crusaders were fighting in the ‘holy land’ – were attacked and murdered, particularly during a period beginning in 1096 known as the Rhineland Massacres. In the 12th and 13th centuries, many European Jewish communities were extinguished as their members were driven out or killed. 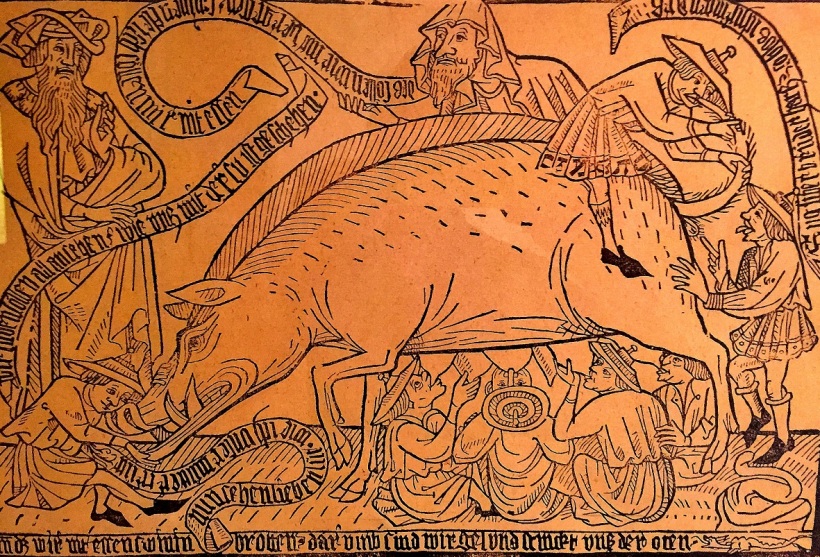 Many demeaning caricatures of Jews were created during the Middle Ages. One was the “Judensau” (Jewish Sow), in which observant Jews – who believe pigs are unclean and refrain from eating pork – were depicted doing profane things to giant beastly looking sows. In this illustration, Jews can be seen wearing the so-called ‘Jews hat’ mandated by a 1215 law established by the church council in Rome. Photo: Henry Lewis courtesy of Jewish Museum Berlin.

During the 13th century, rumors spread that Jews were killing Christian children in order to use their blood in their religious rituals. In the case of a murdered victim or unexplained death, Jews were often blamed, along with the ensuing retribution brought on by Christian populations who carried out their own murderous sentences.

In 1347, when a ‘great sickness’ swept across Europe – the Plague – people searched in vain for an explanation or remedy. A rumor began to spread that Jews had poisoned the wells which set in motion another period of Jewish persecution and murder. 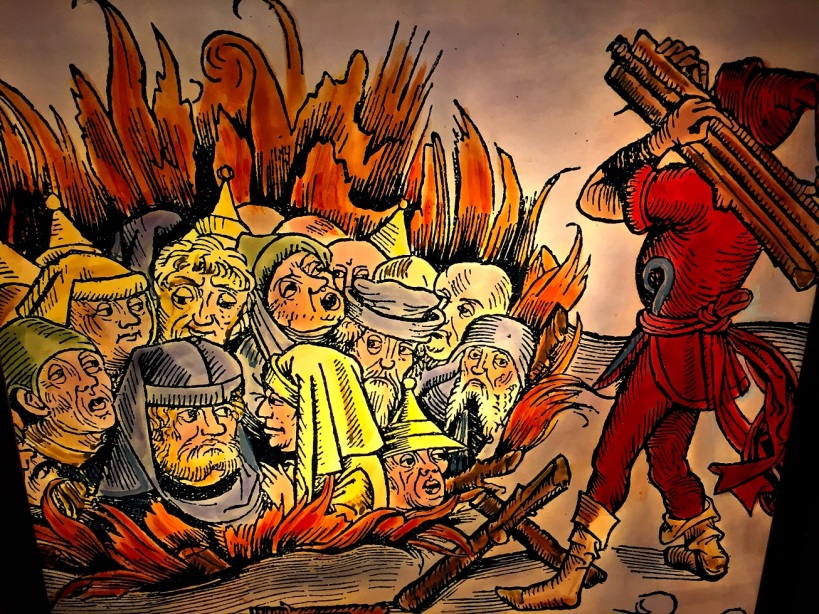 This illustration shows the burning of Jews from Hartmann Schedel’s Book of Chronicles, published in Nurmberg in 1493. Photo: Henry Lewis courtesy of Jewish Museum Berlin.

Over the following centuries European Jews would be continually demonized and blamed for all manner of maladies.

This stigma – that marked Jews living within the German Reich during the Middle Ages – was codified into law following the church council of Rome in 1215 which excluded them from many occupations. Jews weren’t allowed to join any of the craft guilds (skilled-labor unions), work in agriculture or as civil servants, leaving many to forge rural lives as traveling peddlers. 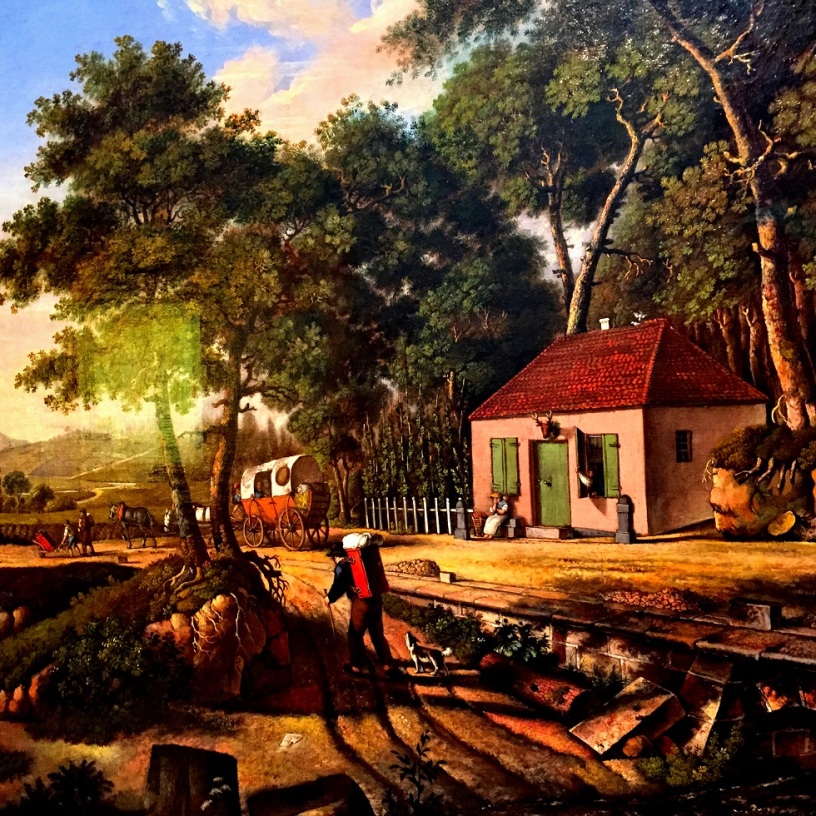 Traveling merchants had already become a thing of the past by the time this rural scene was painted by Friedrich Perlberg in 1869. Photo: Henry Lewis courtesy of Jewish Museum Berlin.

The church council legislation of 1215 also reestablished the obligation of Jews to ‘wear a mark.’ From then on, they were required to wear a “Jews’ hat” (a wide brimmed hat with a pointed crown) and a yellow patch stitched to their clothes.

Banned from most trades, Jews were forced to use their contacts in other Jewish communities spread across Europe as they developed mercantile networks. Many also adopted the practice of money lending since ecclesiastical law forbade Christians from charging interest on loans. Because of this, Jews were often seen on the same level as debt collectors and profiteers. 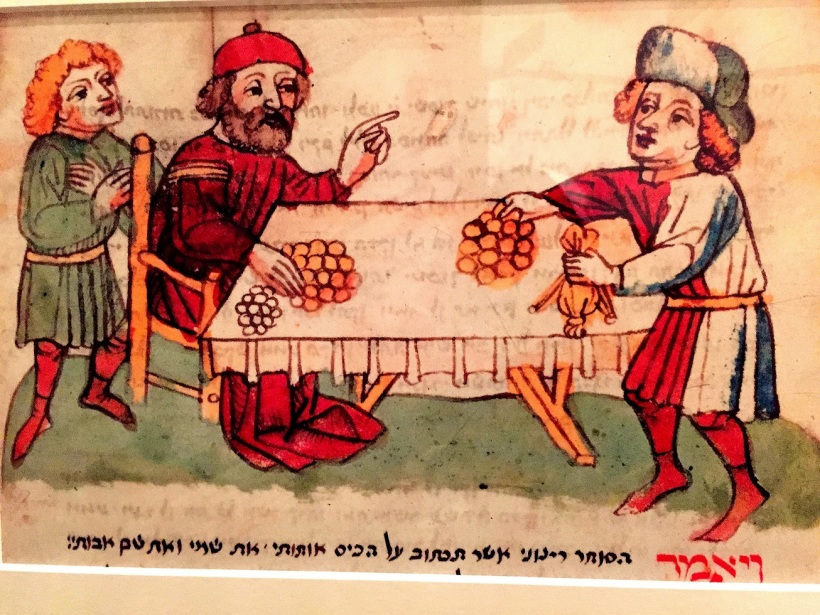 Due to traditions that had long prized education, many Jews also became doctors. Again, using their close connections to other communities across Europe, Jewish doctors brought the advanced medical knowledge of the Orient to the region. 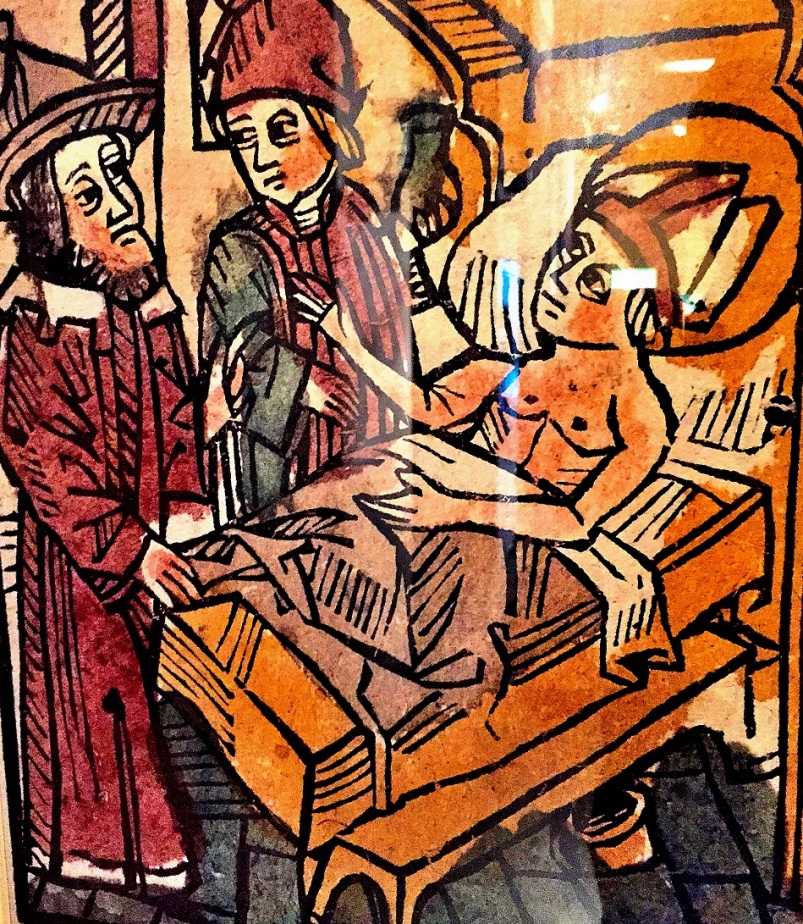 In this 1487 illustration by Hanns Schobsser, we see the Jewish doctor Ephraim treating St. Basilius. Ephraim, on the left, is wearing the typical Jewish hat mandated by the church at the time. Photo: Henry Lewis courtesy of Jewish Museum Berlin.

Despite the success of some, many Jews living in rural areas were too poor to purchase residence rights so they traveled from town to town begging. Since these beggars were often barred from entering cities, the Jewish communities developed charity organizations that built hostels and cared for the needy. These hostels would later be turned into hospitals that served both the Jewish and Christian communities. 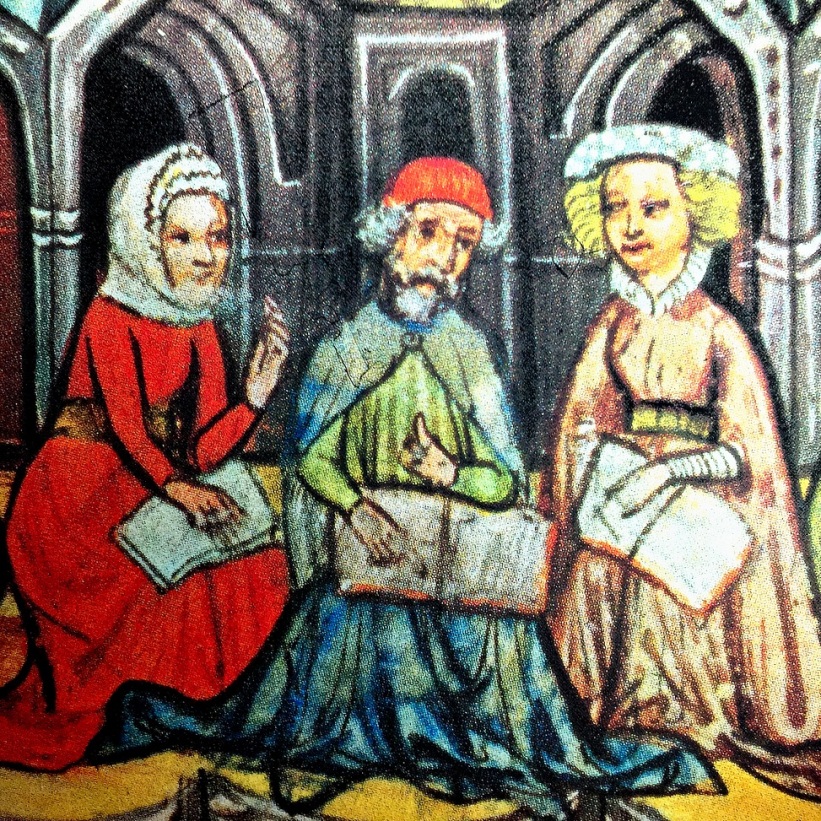 According to the texts in the Jewish Museum Berlin, female Jewish scholars – depicted in the illustration above – existed during the Middle Ages and were used to teach the correct religious observances to other women. Photo: Henry Lewis courtesy of Jewish Museum Berlin.

Jewish Intellect and the German Enlightenment

After the German Empire was founded in 1871, Berlin became one of Europe’s most important cities. Thousands of people streamed into the city looking for new opportunities. Since Jews had become accustomed to be shifted from one place to another during the preceding centuries, they were some of the first to arrive in hopes of embracing the new freedom promised by urban living.

Prominent Jewish figures such as Moses Mendelssohn formed circles of businessmen, philosophers, scientists and doctors that demanded equal rights at the same time they shook off some of the traditional religious practices. Berlin was the epicenter of this new movement, and here in small circles, big plans were made.

These Jews focused on science and education, areas in which they could garner respect within German society. They held salons where Christians and Jews met in private, exchanged ideas and formed friendships. In this way, these intellectual Jews could have an influence on German society. 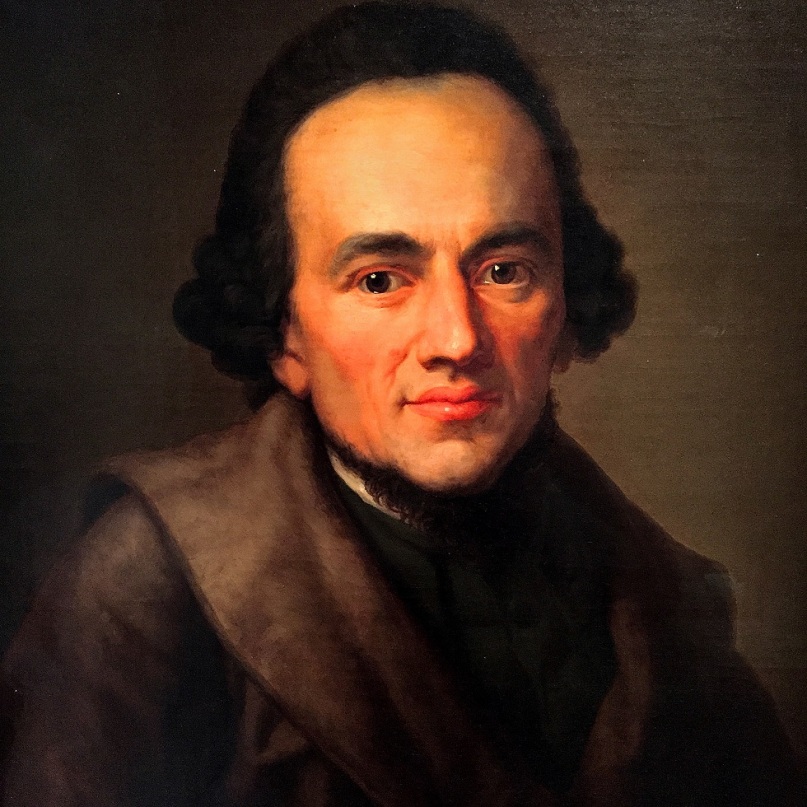 Another key Jewish figure of the time was Emil Ratenau, a risk-taking entrepreneur. He recognized early on how important electricity would be and purchased Thomas Edison’s patents for Germany. The German Edison Company revolutionized electrical engineering, bringing electrical power to every home. The company transformed into AEG (General Electric Company) and developed arms for the First World War. Ratenau’s son, Walther, managed the supply of raw materials to Germany and later served as Germany’s foreign minister. 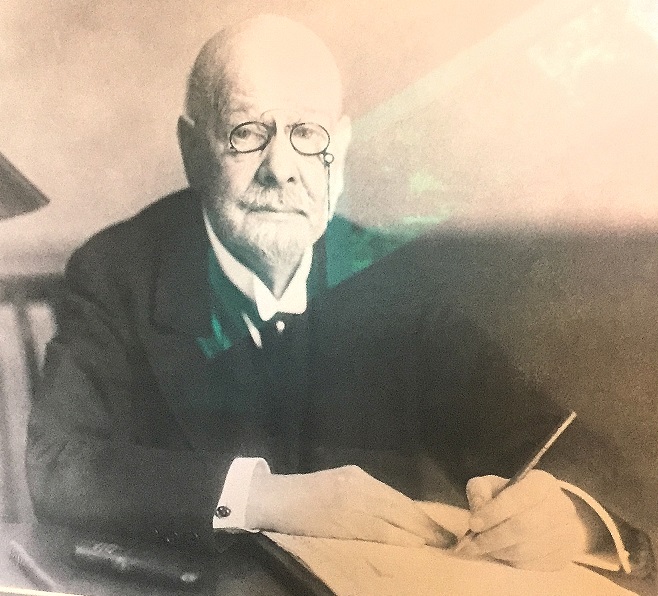 Photo of Emil Rathenau in his office. Courtesy of Jewish Museum Berlin.

During the First World War, Jews fought enthusiastically for the Fatherland, hoping for victory and recognition as equal citizens. Aftet the war, the constitution adopted in the Weimer Republic eliminated the last restrictions on Jews and banned religious discrimination in public service. Judaism was finally put on an equal footing with Christianity by the state.

The Beginning of the End

However, antisemitism grew during the Weimar Republic, with Jews being blamed for Germany’s military defeat as well as for the later world economic crisis of 1929. When Adolph Hitler assumed power in 1933, antisemitism was made an integral part of government policy, ending the chapter of joint German-Jewish cooperation that stretched back to Mendelssohn and the Enlightenment.

Under Hitler’s policies, discrimination was once again codified in law, resulting in rising Jewish unemployment and loss of social position. Jews were first banned from civil service, resulting in the firing of thousands. Later these discriminatory laws were expanded to include the field of the arts and free professions.

From the start, the Nazis sought the expulsion of Jews from society. Beginning with the repressive laws of 1933, many Jews began to emigrate to the USA and Palestine. However, many were reluctant to leave their homes, businesses and ties to the fatherland. When emigration was finally banned in 1941, an estimated 276,000 people – around half the Jewish population – had managed to escape Germany and the approaching Holocaust. 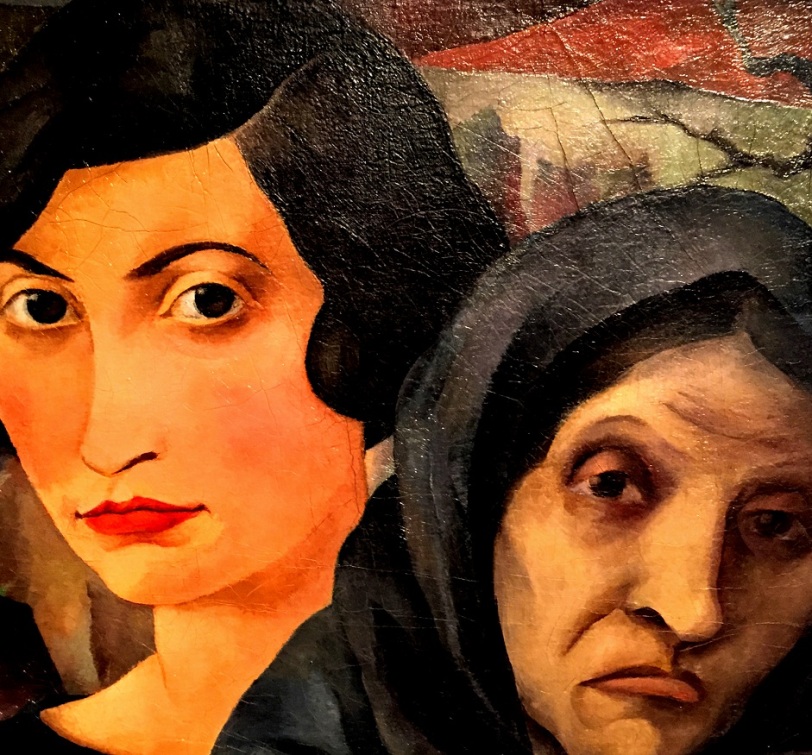 Joseph Budko’s “Mother and Daughter,” painted in 1925, is a response to the much-discussed Jewish topics of origins and future. Photo: Henry Lewis courtesy of Jewish Museum Berlin.

The rest of the story is all too familiar to most of us. Between 1941 and 1945, an estimated six million Jews across Europe were labeled enemies of the Reich, caged in ghettos and sent to concentration camps where they were systematically starved and murdered.

Despite the tragic history of the Jewish people, the Jewish Museum Berlin also tells a story of hope – the hope that humanity will learn from its dark past and forge a brighter future based on mutual respect, cooperation and social justice for all.