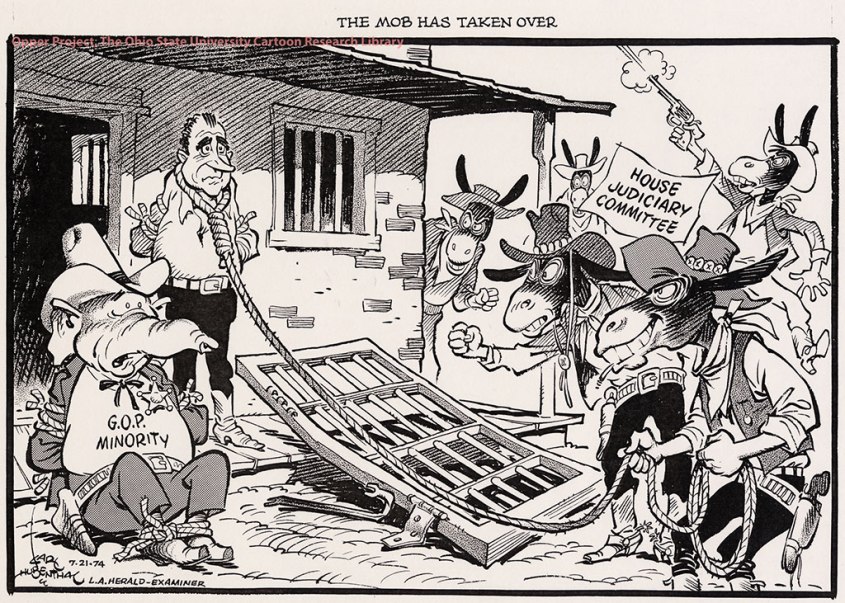 The blue dress worn by the White House intern – with whom Clinton had an affair – became a symbol of Clinton’s wanton ways. The ‘stain’ on his reputation has followed him through the years. In this cartoon, the blue dress is used as a symbol of male aggression for the #MeToo movement. Artist: Nate Beeler (06/06/2018) Columbus Dispatch.

The labels attached to Bill Clinton during his impeachment stuck and continued to follow him as shown in this illustration as he opens his presidential library. Artist: Mike Luckovich (11/17/2004) Atlanta Journal-Constitution. 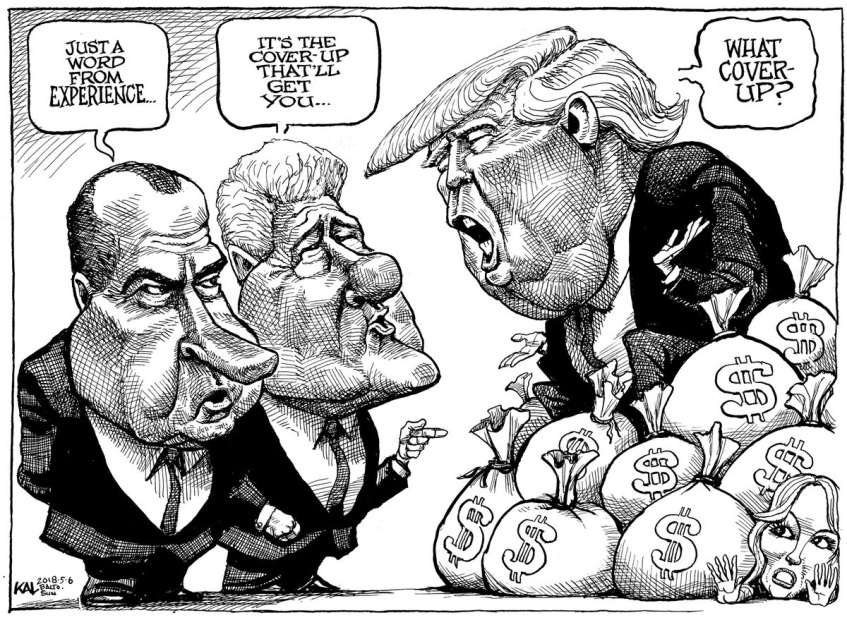 Richard Nixon and Bill Clinton giving pre-impeachment advice to Donald Trump. As we know, Trump was not impeached for trying to cover up his own sexual affairs (depicted here), but was given a pass by the Democrat-controlled House until his infamous phone call with the Ukrainian president seeking dirt on his political rival Joe Biden. Artist: Kevin Kallaugher (05/06/2018) via Twitter and Baltimore Sun.

Lindsey Graham is one GOP senator who has changed his tone on impeachment over the past two decades. Artist: Rob Rogers (2019) Andrews McMeel Syndication. 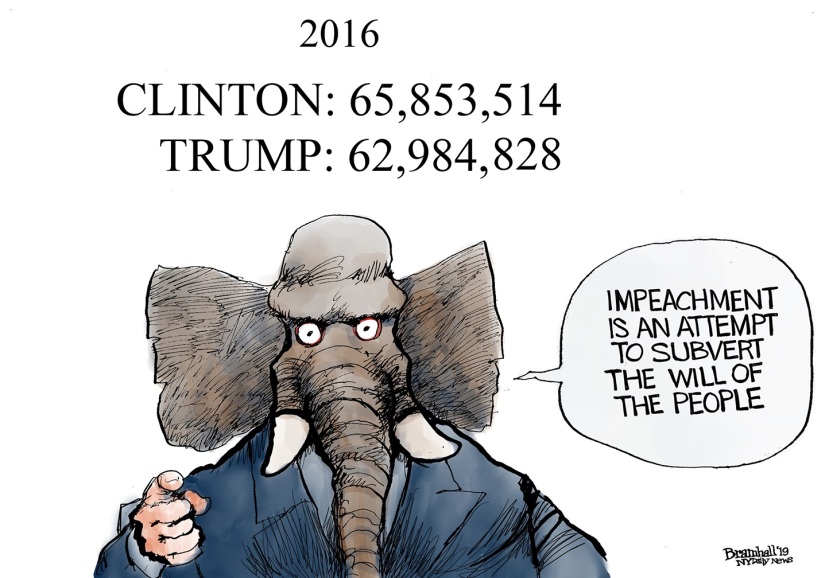 While Trump and his GOP buddies have been proclaiming that the impeachment proceedings are being used by the Democrats as a way to ‘subvert’ the will of the people, this claim falls on its face when the popular vote in the 2016 presidential election is acknowledged. The FACT that Hilary Clinton won by popular vote is still disputed by many Trump die-hards. Artist: Bill Bramhall (2019) New York Daily News.

I would like to extend my most sincere apologies to two wonderful members of the animal kingdom – the donkey and the elephant – for maligning their reputations for so many years by associating them with the wicked acts that only humans can contemplate.