Convenience at what cost?

As I read about the recent public opening of the first Amazon Go store in Seattle, I found myself having mixed emotions about the new retail concept and the possible effects it might have on society.

In case, you missed it, an Amazon Go customer swipes the Amazon app upon entering the store. The customer is then constantly observed by a battalion of ceiling cameras. Items picked up are further tracked via sensors built into shelves. The only time a customer must interact with an employee is for an ID check if they’re purchasing beer or wine. Customers simply walk out with their chosen items which are automatically charged to their Amazon accounts. 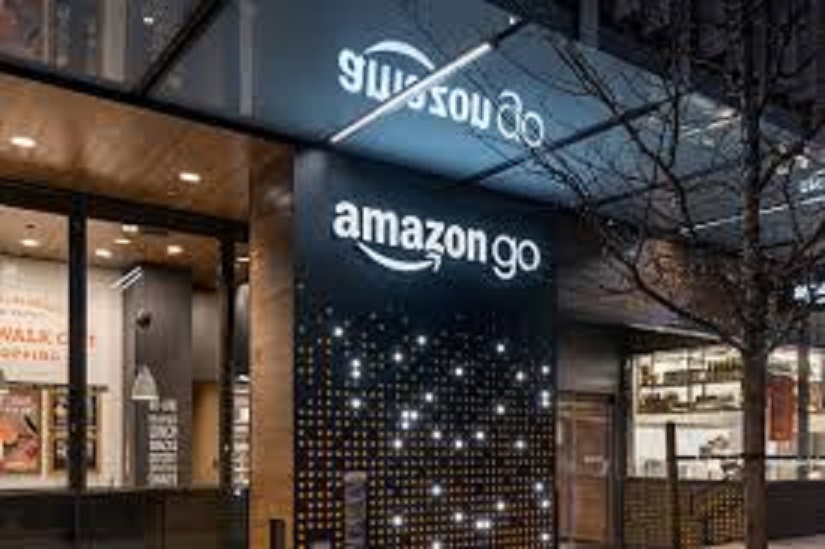 The first Amazon Go store opened on the ground level of Amazon’s Day 1 tower in Seattle.

The question I always ask myself whenever new technologies are introduced is ‘how will this enhance our lives’? And, while I was fascinated to read about the specifics of the new technologies that make this way of shopping possible, I was struck by the fact that technological advancement was yet again moving humans further into the realm of isolation.

If you’re old enough to remember actually speaking to a company employee on the phone when you had a problem, consider how the introduction of the ‘phone tree’ with its automated, computerized selections has replaced human interaction with a system that has frustrated so many!

So, what does all this convenience mean for American society, as well as the rest of the world, as companies like Amazon continue to expand their influence? Will saving a few minutes in the check-out line really enhance our lives in positive ways, helping the average consumer to lead a happier, more fulfilling existence?

Even though I haven’t lived in the USA for 15 years, I visit often so I’m well aware of the importance that American retail customers place on convenience—ie, quick and efficient service. While having tons of free parking and choices galore are also important for American customers, it seems that Amazon is betting on keeping one step ahead of its competition by completely eliminating the need to spend time checking out.

I’ve listened to many people complain while waiting in long check out lines, especially during holiday periods. Some huff and puff and are rude to the cashier, while others take their complaints directly to store management who are responsible for operating the store efficiently while still providing sufficient customer service.

Of course, there are things I’d rather spend my time doing than standing endlessly in a line at the supermarket, but as a curious individual I try to make use of that time to observe the people around me, take a free glance at the selection of magazines on the racks and marvel at the variety of chemicals ever present in the gum and breath mints which always take center stage just beside each check out counter. People watching is always fascinating in the USA, especially at a Walmart in the South!

But, what will we do with those extra moments saved when we no longer have to go through the process of checking out when buying the weekly groceries?

Is it good for us as a society to have yet another experience that brings us face to face with real, breathing human beings eliminated by technology?

The first time I shopped in a major supermarket in the South American country of Colombia (where I currently live), I was surprised at the number of employees stationed on each aisle of the market in addition to having multiple baggers at each check out. A Colombian friend explained that due to high unemployment in many areas of the country, it was easy for large retail companies to hire employees who were willing to work solely for tips.

Colombian hypermarkets, such as this one in Medellín, look very similar to their American counterparts, except for the large number of employees working.

You won’t find any self-check lanes in Colombian hypermarkets either because that would only exacerbate the problem of unemployment. But, I also sense that Colombians in general wouldn’t like such a system. People in Latin America, as well as other countries where I’ve lived, seem to value human interaction over mere convenience.

I often find myself getting impatient because the Colombian customer in front of me in the check-out line moves at a snail’s pace while having a 10-minute conversation with the cashier.

Despite my feelings of annoyance in these instances, I consciously admire their cultural norm of taking time to be courteous and friendly. While they too have families and jobs that make demands of their time, they aren’t in such a rush that they ignore the humanity of a store employee.

Reflecting on the past

In many ways, watching store employees and customers interact in the small grocery stores in my little Colombian town reminds me of the neighborhood stores of my childhood where the store owner, cashier and other staff all knew each customer by name, and casual conversation (and a bit of gossip) was a mainstay of each shopping experience.

In contrast to the value placed on a slower pace of life which prioritizes human interaction above adhering to rigid deadlines, many Americans I know today are constantly running around like the proverbial ‘chicken with its head cut off’ in an effort to keep up with their busy daily schedules.

Does putting personal task completion (the busyness of being busy) ahead of human interaction really benefit American society, especially when there’s an opportunity to encounter and learn from someone who may not fit into your own socio-economic bracket and therefore may not have the same world-view as yours?

While working in LA in the aftermath of the 1992 Rodney King riots, I read a series of well-written articles in the LA Times claiming that isolation brought about by LA’s suburban sprawl development model and car dependency was at least partially responsible for the violence and property damage that erupted in the city’s South-Central district.

The LA Times articles expressed what I had witnessed happening all across America as people moved to far flung suburbs to live in quiet isolation—sometimes in gated neighborhoods–with people who were just like them.

I’m not placing all the blame for social isolation on America’s love affair with the car, but it has undoubtedly been a contributing factor. And mind you, this trend was already in motion long before the masses began experiencing the isolating effects of technology and social media.

Based on my personal experience, I’d say that being taken out of our comfort zones occasionally and having to rub shoulders on a bus, train or at the check-out counter with folks who experience life differently from us is a very positive and necessary aspect of personal growth.

Technologies that enable us to bypass meaningful human interaction will most likely continue to change daily life in the Western world as more cashiers are replaced and robots take over many jobs currently performed by humans.

I’m not saying that technology is in some way inherently evil. Certainly, there are those with physical, mental and emotional challenges whose lives have been enhanced by the development and introduction of many new technologies.

What I am stressing, however, is my belief that we can best work toward solutions to our common domestic and international problems through face to face dialogue.

I’m talking about genuine encounters with people who assist in helping us to fulfill our basic needs such as buying food.

Technology and issues of convenience aside, what kind of world do you want to live in: One in which a diverse population is open to learning from each other, or one where people segregate themselves and point fingers at what they see as ‘the other’, those who aren’t just like them?

How can we truly learn to understand those who look, act or hold different views if we never have the opportunity to encounter them?

I fear we are seeing the negative effects of such personal isolation play out daily in situations all around the globe when people focus on their differences rather than those aspects of humanity that we all share.

Let’s be mindful of the technological changes companies and governments institute in the name of progress and make sure we maintain a level of human interaction that will nourish society rather than tearing it apart.