We may not normally think of it this way, but culture shock is a two-way street. Every time I return to the USA to visit family and friends, I experience reverse culture shock as I must once again adapt to the American way of doing things.

While there are many differences, both great and small, between life in the USA and most other countries, the things that immediately spring to mind are the incredibly long waits to clear airport immigration and customs procedures, the vast number of  products available in hypermarkets and the many pharmaceutical ads on TV.

After a long flight touches down, tired passengers are immediately assaulted by the disorganization and long wait times involved in clearing US immigration at many of America’s gateway airports. In what has become the rule rather than the exception, I now just assume I won’t make my connecting flight after landing at Miami, Dallas/Fort Worth or Houston International airports. While I’ve learned to remain calm and collected during these situations, the same can’t be said for many of my fellow passengers,  who huff, puff and generally raise their blood pressure to hazardous levels.

At the same time, I’m also reminded to remain alert for the possible irate passenger who just might have been able to slip past foreign security with a weapon. I assume there’s a good reason why passengers arriving from the USA are asked by Mexican customs officials if they have any guns in their bags. My unease is further heightened by the strategically placed signs at US Immigration kiosks that warn no firearms are allowed in the area! Duh!

The delays at many of the USA’s airports are caused in part by the major airlines which, after multiple consolidations, route too many international flights into these ever-expanding hubs. This means that during peak hours too many flights are simultaneously deplaning far too many passengers for on-duty immigration staff to handle. The federal government agencies that oversee immigration and security at American airports are either 1) oblivious to this fact, or 2) simply don’t care. Regardless of how you feel about immigration from Latin America, this situation is costly for both consumers and the airlines, as well as for international business representatives who get stuck along with the rest of us riffraff.

Passengers in the constantly moving queues heading toward immigration at Miami International Airport.

Passengers only get lip service

From a personal point of view, I have few choices when flying from Colombia to Charlotte, a city which used to be a hub for US Airways before that airline merged with American. Now, American Airlines controls 90% of the flights from its Charlotte hub–a monopoly that certainly doesn’t benefit consumers longing for more choice.

Since Miami and Dallas/Fort Worth airports are the major hubs first handling most of American’s flights from Latin America, I am always routed through one of these two airports. Airline ticketing often allows as little as one hour between connections, and I commonly experience waits of 1 1/2 to 2 hours at immigration and customs at these airports.  To be clear, I’m talking about routine delays totally unrelated to weather.

Over the past 2 years, I’ve experienced multiple over-night stays and/or had to cancel flights because of connections I knew I could not make. I’ve spoken to airline personnel and written letters to American Airlines, but my complaints have fallen on deaf ears.

This week, I once again experienced an understaffed situation at US Immigration after my flight landed in Miami. Only 8 of the 70 immigration kiosks were staffed at 9:00 PM when our American Airlines flight arrived. This resulted in hundreds of passengers from multiple flights missing their connections and required the airline to provide overnight accommodations at hotels all over the airport area along with vouchers for meals.

While some travelers might enjoy the experience of  a free night in a hotel, I don’t find anything pleasant about having to re-book my onward flight(s), endure long hotel shuttle waits on the airport driveway, rearrange airport pick up at my final destination, listen to planes taking off and landing overhead around the clock or the hassle of again waiting in line the following day to check in with my bags in an effort to complete that homeward leg of the journey.

While airports in other parts of the world can be chaotic as well, I’ve never experienced such l-o-n-g waits to clear immigration in all my years of traveling and living abroad. This does not reflect well on the USA as a supposedly organized, modern country.

An appetite for unhealthy food 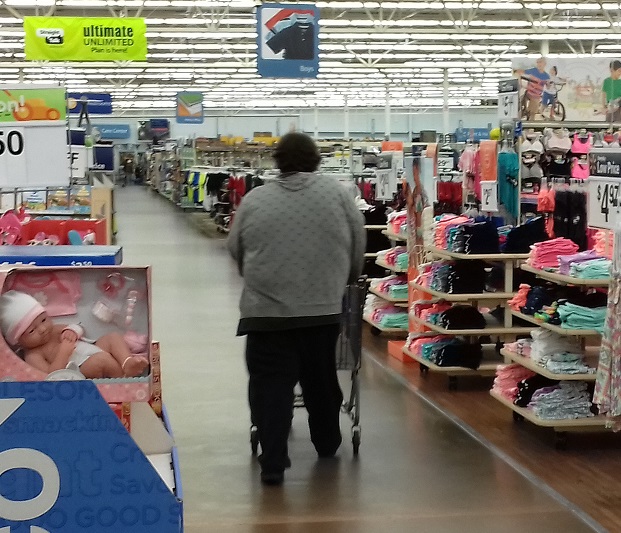 On my way from the airport to the home of friends or family, I always stop at a supermarket or hypermarket to stock up on food. Yes, I’m that ‘good’ guest who makes sure to bring along whatever I might need as well as enough to share.

Upon entering the market, my senses are assaulted by the vast array of products available to consumers. These endless aisles include every sugary, oily processed food item possible plus healthier fare as well. In other words, the full range of options are available from which consumers can choose.

The vast selection of heavily advertised ‘junk food’ purchased clashes starkly with the near-constant talk among many Americans of a broken, fragmented healthcare system. Why is it obvious to me, but not to others, that many Americans–due to their poor dietary choices–are made and kept sick by the corporate conglomerates who appear to care only about profits.

This cycle of poor nutrition has led to en epidemic of obesity, juvenile diabetes, heart disease and cancer, which in turn feeds the profiteering corporate hospitals and the insidious pharmaceutical industry. While the average American sits on the sofa eating their meal of fast food and drinking a soft drink with zero nutritional value, the TV advertising industry simultaneously feeds them a diet of commercials (of infomercial length) advertising medications to  treat the illnesses brought on by all the corporate-sponsored food excesses. This is a vicious cycle that’s costing the American taxpayer dearly in health care expenses and taxes for those who can’t pay and don’t have insurance.

Even after many years of exposure, I never cease to be shocked by these pharmaceutical ads repeated on all the major TV networks during prime-time viewing. The ads follow a similar pattern, showing very healthy, attractive people living a lifestyle that most want to emulate, all the while smiling and enjoy their favorite activities. The subliminal message is that you too–obese, unhealthy, poor–can transform your life by taking the advertised medication.

Pharmaceutical advertisement at the Philadelphia airport. Notice the drug company is allowed to have a booth set up inside the airport.

The result of  so many Americans falling for such deceptive food and pharmaceutical advertising has been the transformation of a once healthy population into one of the developed world’s least healthy based on all measures. How did we allow this to happen to our nation and how can we make the average consumer wake up and realize they’re being used as a pawn to enrich CEOs and stock holders who have little regard for their well-being?

Donald Trump, along with every American President and member of Congress should be required to spend time traveling and living as an average American so their eyes can be opened to the conditions ‘real’ people have to face in their daily lives. After all, it’s the wealthy class that extracts its riches off the backs of the average working person.

While the USA’s current commander in chief busies himself with calling other countries ‘shit holes’, he ignores the deficiencies and blatant contradictions apparent in his own country. Lawmakers in Washington will never place public (ALL the people) good above their own personal quests for financial gain and power.

That leaves it up to citizens to bring about the changes needed to boost the USA’s international rankings among post-industrial countries in education, life expectancy, rates of teen pregnancy and incarceration, drug dependency and violent crime.

Whether it’s planning for arriving international travelers or the fundamental healthcare needs of the population, the old saying, “An ounce of prevention is worth a pound of cure” seems completely relevant here. I’m looking forward to a day when the reverse culture shock I experience upon returning to the USA will be limited to far more trivial  things than the fundamental well-being of the country’s citizens.