Venice in Moody Black and White

As the pre-pandemic tourist hoards would surely attest, Venice is one of our planet’s most atmospheric urban travel destinations.

In the 1980s, the New York Times dubbed it the world’s most beautiful city, while centuries of writers have praised its historic charm and waxed rhapsodic while describing the city’s unique setting and ornate architecture.

Built on more than 100 islands in a shallow lagoon and linked by some 400 bridges, Venice was a work of art and a marvel of engineering from its earliest days. 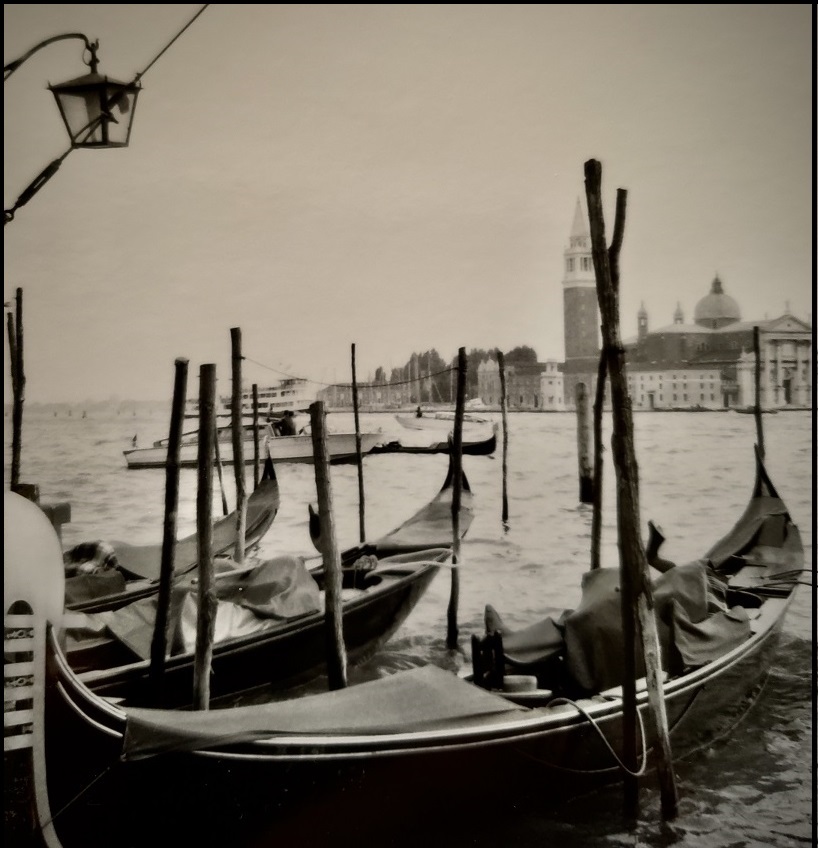 Historical boats known as ‘gondolas’ are still used to navigate Venice’s canals which serve as the city’s main transportation corridors. This view looks toward the island of San Giorgio Maggiore. Photo: Henry Lewis.

Venice’s nobles as well as its merchant class, who traded in silk, spice and grain, became ridiculously wealthy and built grand palaces — Renaissance, Baroque, Gothic and Rococo in style — that lined the sides of the many canals that still serve as the city’s main transportation network.

Grand palaces — many leaning awkwardly from the pilings that secure them to the compressed clay beneath the lagoon — line Venice’s canals. Photo: Henry Lewis.

This enormous wealth was also lavished on the construction of impressive public buildings such as St. Mark’s Basilica and the Doge’s Palace, two of the city’s most famous landmarks.

The Gothic style Doge’s Palace, once home to Venice’s rulers, is located in the Piazzetta San Marco (St. Mark’s Square) and faces the Grand Canal. At the top of the column sits the Lion of Venice, a winged creature that represents the city’s patron saint, St. Mark. Photo: Henry Lewis. 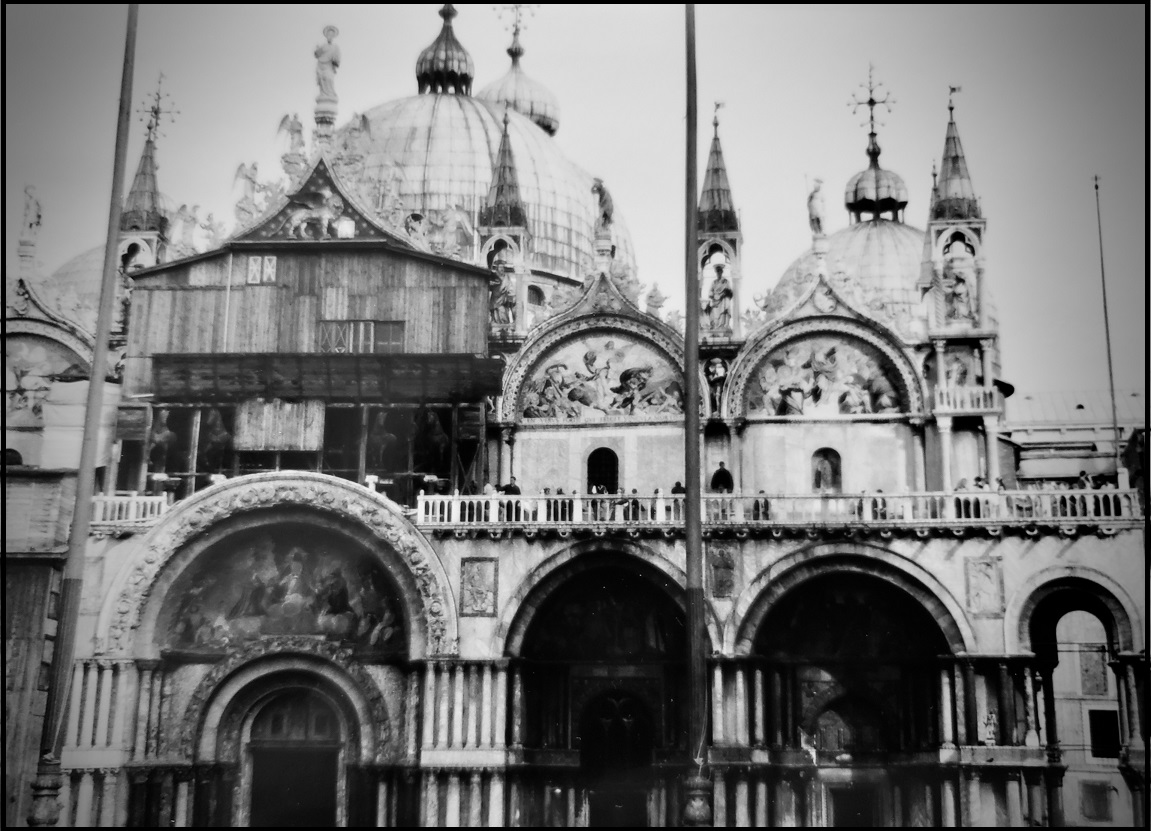 The very eclectic – ornately turreted and domed – rooftop of St Mark’s Basilica is a feast for the eyes both inside and out. Photo: Henry Lewis. 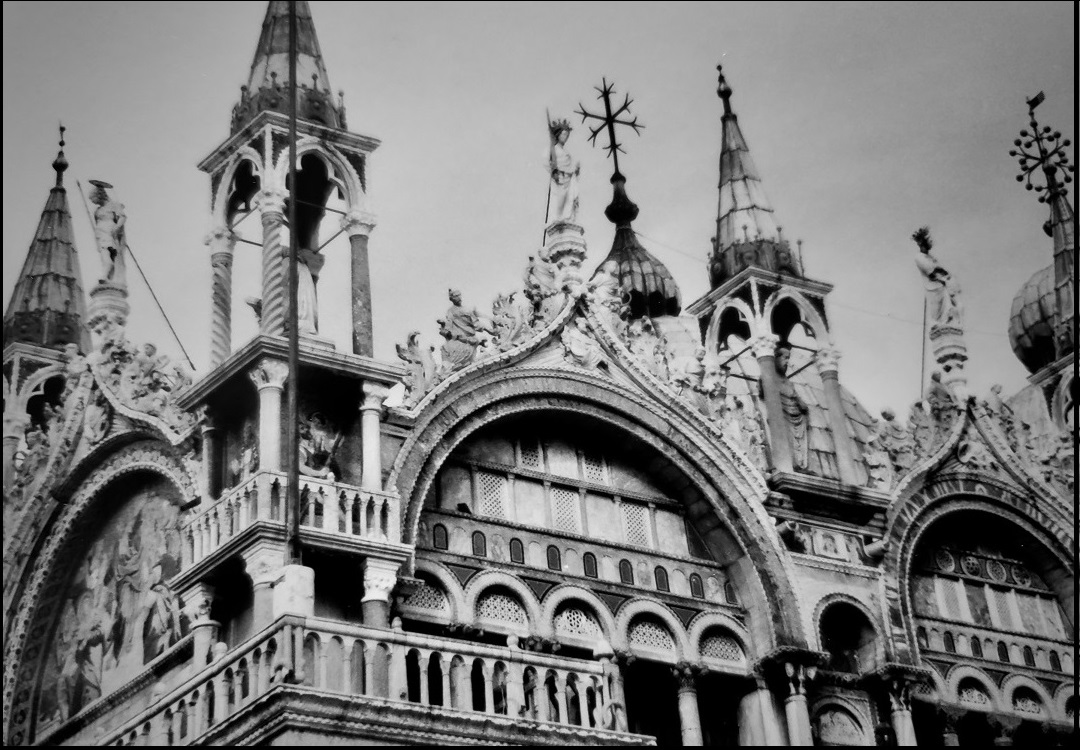 Periodic floods due to fluctuations in the tides plus the continued subsidence of large buildings in the soft alluvial soils beneath the lagoon have added to the high costs of Venice’s urban maintenance.

Still, economic stagnation can sometimes be a blessing, preventing historic architecture from being replaced by more modern structures.

The preservation of Venice’s wealth of historic structures as well as its unique setting made it an early candidate for listing as a UNESCO World Heritage Site, which in turn brought ever-growing numbers of international travelers.

The arts have been a mainstay of Venice’s tourist economy, reflecting its important contributions to the Italian Renaissance and the history of instrumental and operatic music.

This dedication to the arts can still be witnessed during the Venice Biennale, the Venice International Film Festival and the annual Venice Carnival. 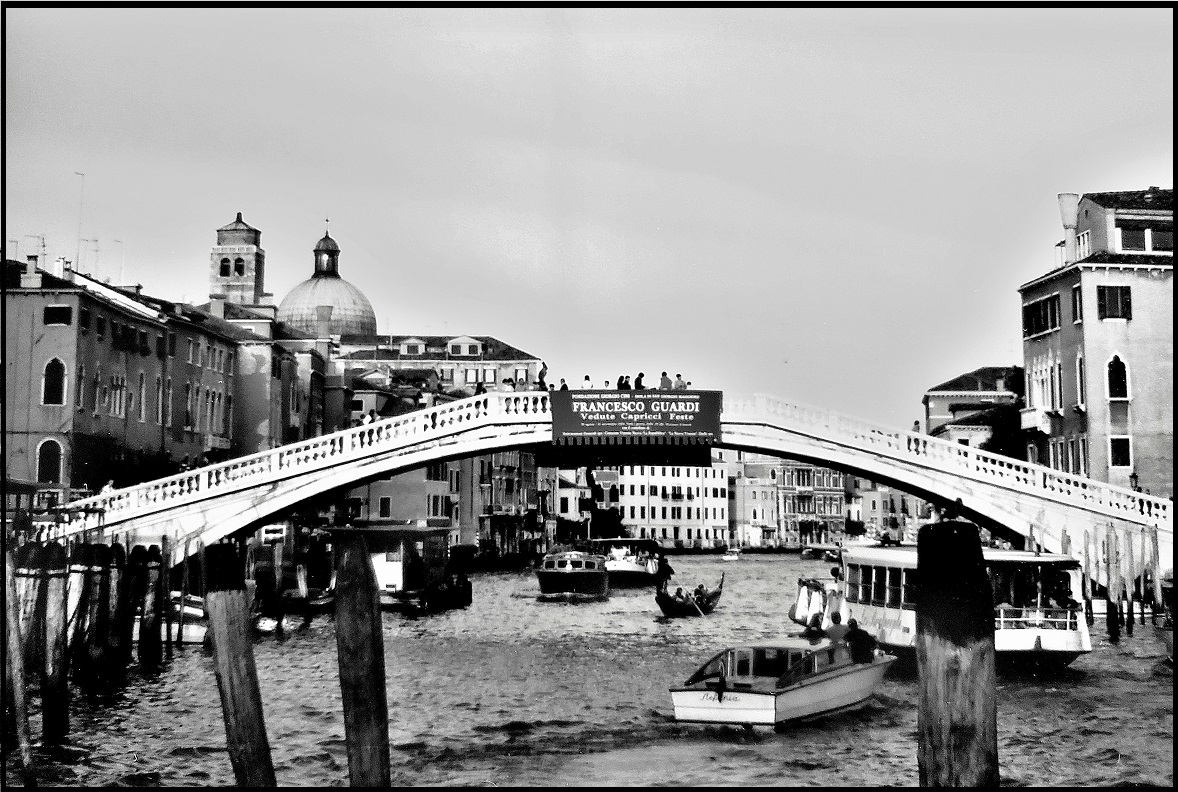 Venice’s Ponte Degli Scalzi (literally Bridge of the Barefoots) crosses the Grand Canal and was so-named because it was once a major crossing used by barefoot monks. Photo: Henry Lewis.

The Lion of Venice on the left and a statue of St. Theodore (the dragon slayer and first patron saint of Venice) on the right sit atop columns beside the Doge’s Palace with the island of San Giorgio Maggiore forming this photo’s background. Photo: Henry Lewis. 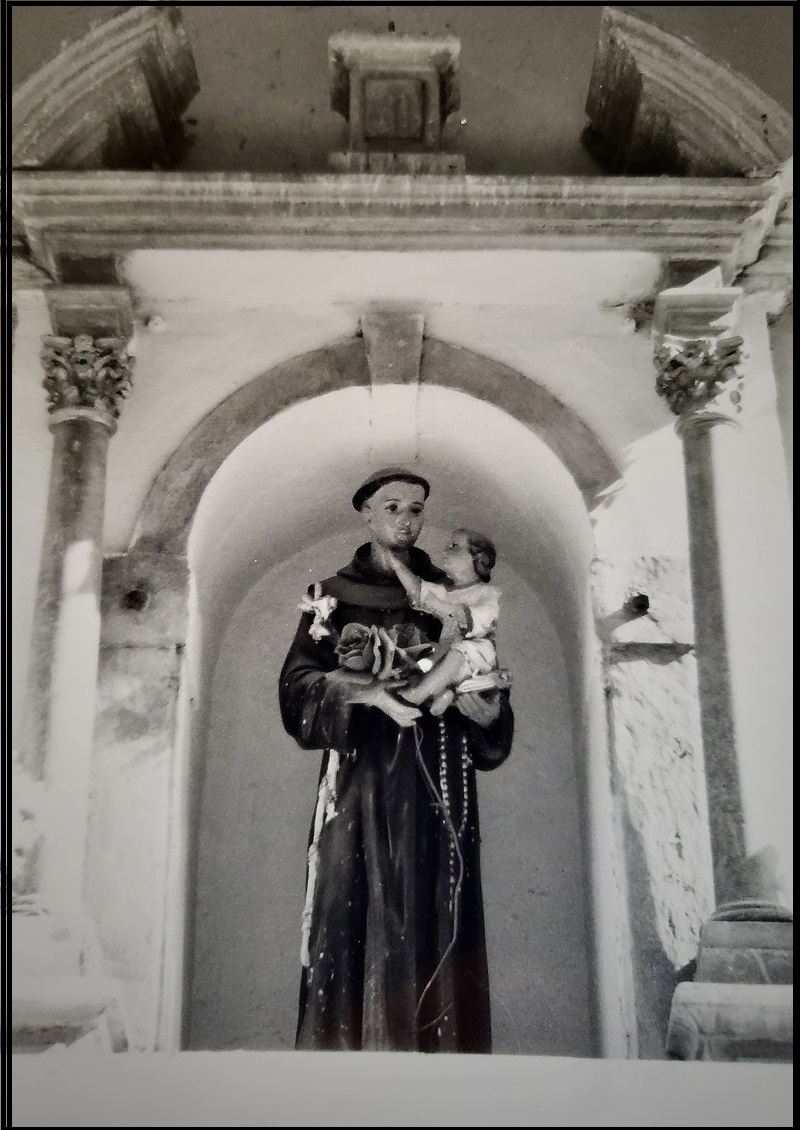 Over-Tourism and Its Aftermath

As a cautionary tale to be careful what one wishes for, Venice’s tourist industry became so successful that it caused a backlash from long-time local residents.

Over the decades as the city’s resident population dwindled, the number of historic structures converted into tourist accommodation continued to increase.

The cruise industry became a particularly thorny issue and limits were placed on the size of ships entering the lagoon due to the damage their wakes caused to building foundations.

Despite such limitations, cries of over-tourism continued to be heard right up to the moment the coronavirus pandemic struck.

Perhaps more than most famous destinations, Venice is enjoying the relative quiet and taking a long awaited breath from the tourist hoards.