Madonnas as Symbols of Devotion

Only a Woman, divine, could know all that a woman can suffer.
― Willa Cather, Death Comes for the Archbishop

I love the way this Madonna and Child are placed ‘inside’ the living space.

Shrines to the Virgin Mary (often simply called a Madonna—and not of the singing variety😉) are as ubiquitous in Latin America as statues of Buddha are in Southeast Asia. Some Madonnas are culture-specific such as the Virgin of Guadalupe who can be seen adorning myriad spaces in many areas of Mexico. Outside the normal church setting, Madonnas can be spotted on street corners, in neighborhood parks and at the entrance to apartment buildings and individual houses.

Madonna and Child situated in a cozy nook just outside the front door of this house.

Images of the Virgin Mary have held an important place in Christian iconography since the 5th century when they became symbols of Marian devotion soon after the Council of Ephesus formally sanctioned Mary as Mother of Jesus (in Latin, Mother of God). 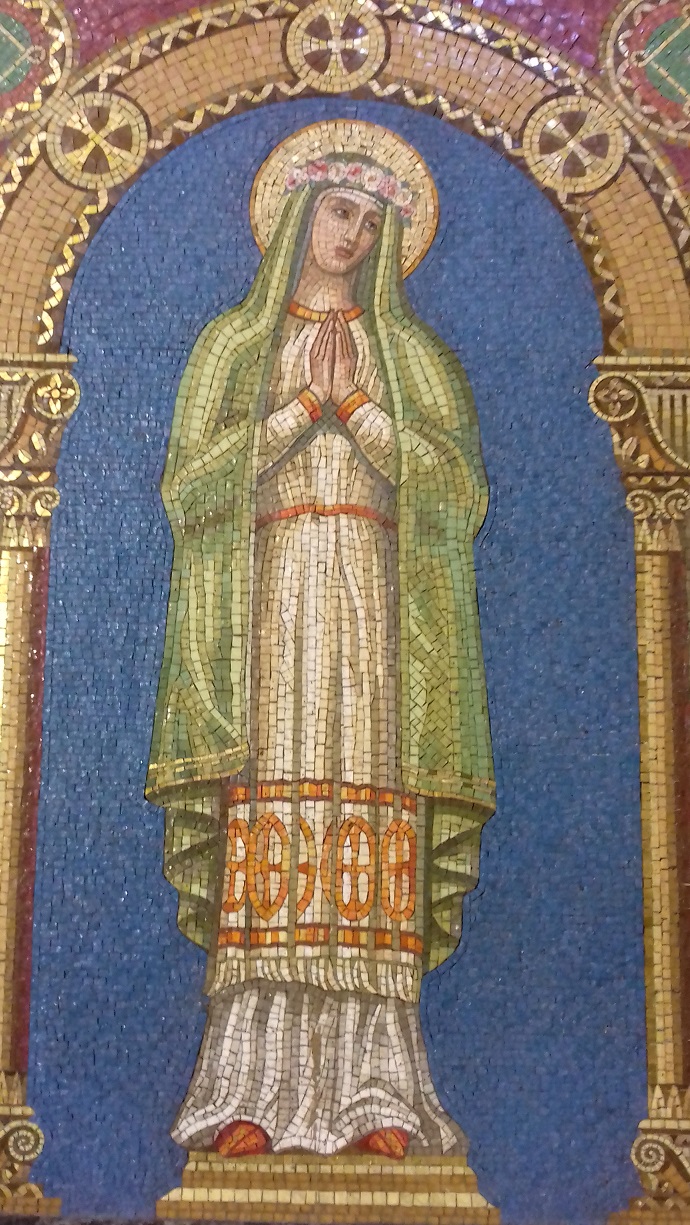 A mosaic Madonna created in the style of the early Christian church.

Ahhh, the syncretic nature of religion

I’ve heard evangelical Christians in the USA complain that Latinos’ worship of the Virgin Mary is a form of idolatry, but I take issue with that characterization. If one examines the historical background of these cultures, you will see that the Catholicism brought by the Spanish conquerors in the 15th and 16th centuries blended with the animistic beliefs of the indigenous inhabitants who often worshiped a Earth Mother figure or spirit, such as Pachamama in the Andean regions of South America.

A contemporary Peruvian interpretation of Pachamama.

Therefore, it’s completely logical to expect the local populations to transfer that special reverence to a female figure in Christianity and the Virgin Mary was really the only choice left by the censors of early Christian texts. While representations of El Señor (Jesus) still take center stage in most churches in the region, the Virgin Mary is never far away. 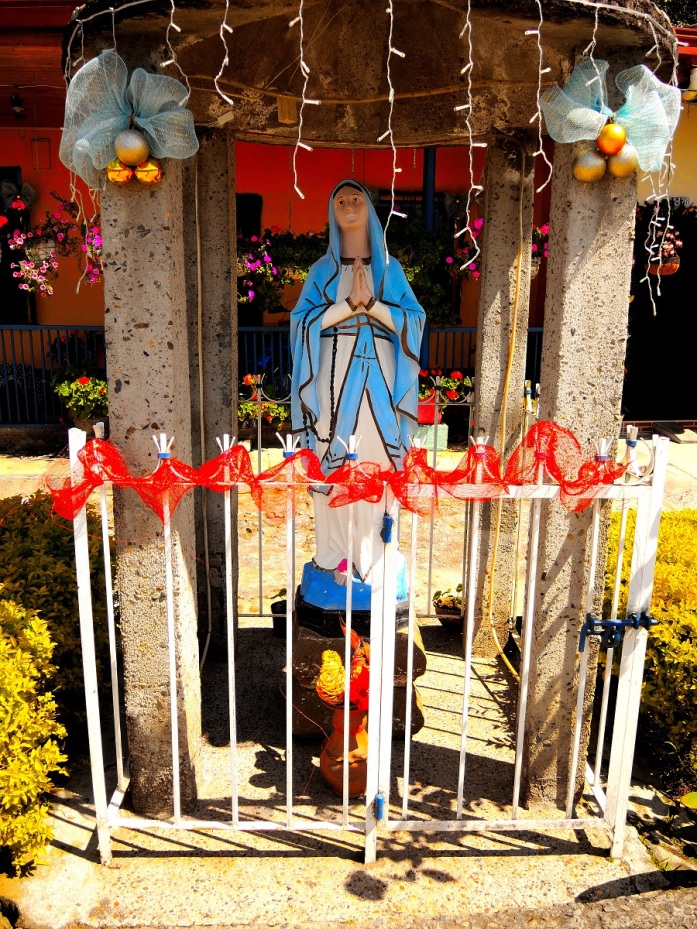 A roadside Madonna and Child.

Another possible reason for Latin America’s special reverence for the Mother of Christ is the region’s culture of machismo where males are often domineering, controlling and violent. As is true in many parts of the world, even though men are in firm control of government institutions, the church and the family, children often feel much closer to their mothers. This in turn establishes a dynamic where children will more readily reveal their secrets and ask for help from a mother rather than a father.

A neighborhood alley Madonna and Child with accompanying angels.

The prayers and devotion given to the Virgin Mary are merely an extension of the love and respect children and adults show to their mothers. When one compares the aesthetic beauty of a statue of the Virgin Mary to one of the truly horrific representations of a bloody, suffering and dying Jesus–as depicted hanging on a cross or lying in a tomb in most Catholic churches in Latin America–it seems obvious that kneeling in front of an image of the Madonna would be far more appealing when someone in need seeks healing or help in a time of crisis.

A typical depiction of the crucified Christ as found in many churches in Latin America.

While Madonna’s can be found wherever Catholic and Eastern Orthodox populations live, these symbols of devotion and comfort really reach their zenith in Latin America. I’m especially fond of the less ornate, more humble images found in family neighborhoods in this region.

A simple and serene white Madonna in a garden.