Film and Television Production: Living in an Alternative Reality

Have you ever wondered why Hollywood ‘celebrities’ seem to be so out of touch with the reality that normal folks live? Well, it’s simple. They live in an alternate universe—one that’s both insular and pretty much self-regulating. That means that people in positions of power (lead actors, producers and directors) are given extreme latitude to be either their most talented and creative selves or egotistical maniacs intent on wreaking havoc on those who are vulnerable.

And make no mistake about it, there’s no shortage of bright-eyed victims who are drawn by the lure of fame and fortune and who are naively willing to do whatever it takes to reach stardom–what I perceive as being a dark and lonely place. Think of producer Harvey Weinstein and his lecherous behavior with seemingly half the female talent in the ‘business’. And by the way, it is very much a business. The Hollywood madness is arguably America’s biggest cultural export to the innocent masses around the world.

I remember being told by a friend who was teaching English in South Korea that the sitcom Friends was being used in language institutes all across that country as a classroom teaching tool. “Oh great,” I said. “Now Koreans will think that every waitress in Manhattan can afford to live in a spacious loft in Brooklyn with a drop-dead gorgeous view of the city’s skyline!” Hollywood has always prospered on fantasy, and that’s even more obvious when experienced from the inside.

I always wanted to work in ‘the arts’ (snicker, chuckle, guffaw) and so I was incredibly excited when I got a job on my first film production, Michael Cimino’s violent drama, Year of the Dragon, set in New York’s Chinatown and starring Micky Rourke. I’m not sure what I expected, but what I got was a baptism by fire.

The costume supervisor on the production was addicted to valium and spent most of his time asleep in one of the studio warehouses and there was a constant battle being waged over control of the set by both the despicable little creature Cimino and the executive producer Dino De Laurentiis who was somehow able to finance some of the era’s worst films. And then there was the talent.

My closest friend, who also began working in the ‘industry’ at the same time (yes, it’s known as both THE business and THE industry so you get an idea where some of the inflated egos originate), went into Mickey Rourke’s dressing room to put out his next costume change and noticed a PILE of white powder on the dressing table. Thinking it was just the leftovers from the canister of Johnson’s Baby Powder that the actor had requested to prevent chaffing during the action scenes, my friend picked up the waste basket and proceeded hand-in-motion to rake the powder off the counter when Mickey’s body guard—who was sitting nearby in the room—screamed for him to STOP! Needless to say, that was a lesson learned by all the costume department on that particular day. In the 1980s, piles of white powder lying in wait for discriminating noses were plentiful on almost every movie set.

And so the saga began and continued for the next 17 years of my first real career as a RAG PICKER (snicker etc). During that time, I moved from North Carolina, where the De Laurentis studio was located, to LA (or LaLa Land as those of us in the biz called it) and then on to Seattle when I realized my soul couldn’t survive long term in the City of Angels (a misnomer for sure). 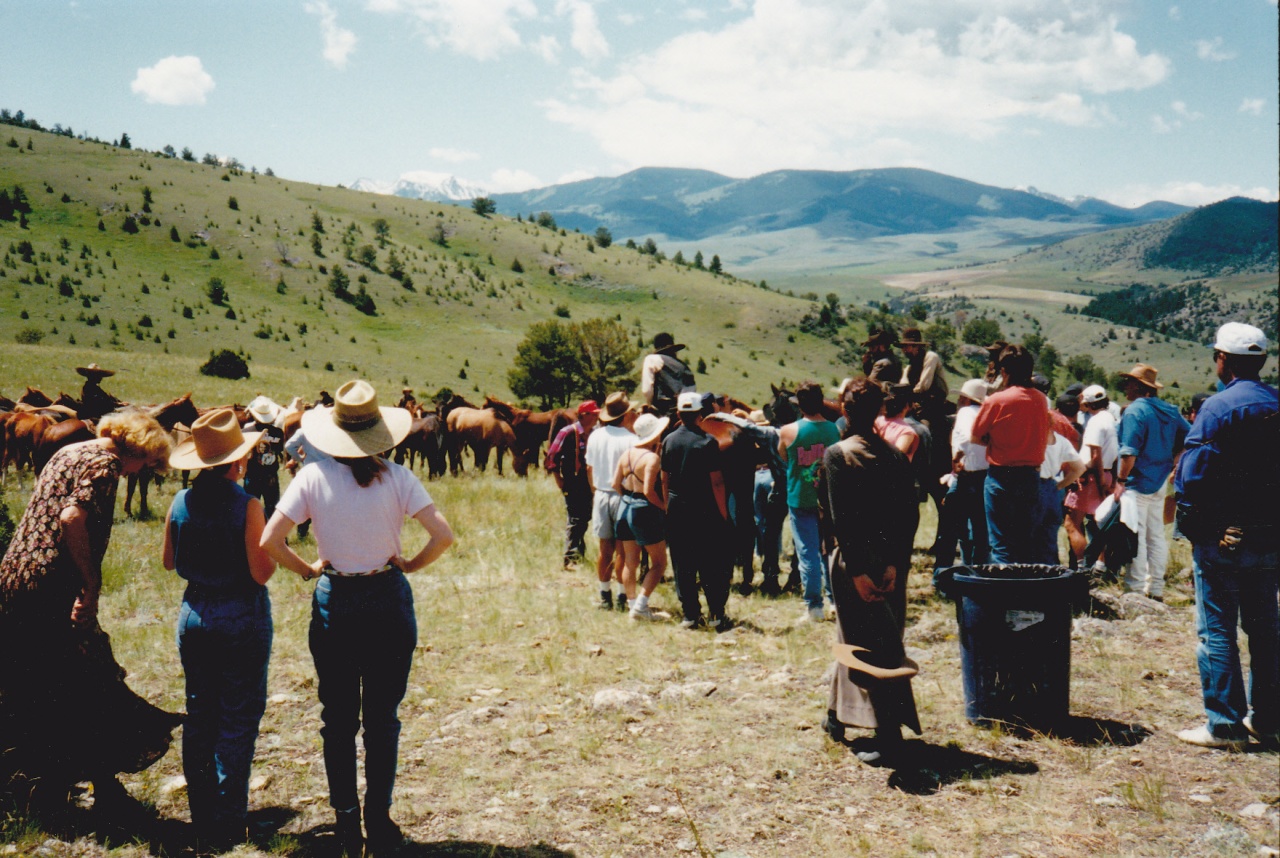 It’s just a job, but not exactly

As with any job, there were the good times and the not so good times. Constantly shifting locations, working insane schedules (time is money you know) and dealing with difficult personalities was all part of the scene. I remember working 18-21 hours for an entire month of night shooting on David Lynch’s ode to the dark side of small-town America memorably titled Blue Velvet. Exhausting as it was, David made it as entertaining as possible with his cast of odd characters. It was the first and last time I’ve ever seen a stripper light a cigarette held in her breast nipple without using her hands. Trust me, after the 14th hour on a film set, almost anything can happen, and did!

Watching special effects being created and stunts being performed was always a treat, especially on non-union films where guidelines and safety precautions weren’t as closely regulated. That five gallon can of gas ignited on one production made a much louder bang and produced flames that scorched more than the just the earth where the can was sitting. And then there was the stunt man who broke his leg, was rushed to the hospital and appeared on set a few hours later—leg in cast—and fully intending to perform the stunt again that night. Job dedication and thrill-seeking were never in short supply when egos were on the line.

Proximity to ‘the talent’

Being part of the costume department meant working very closely with the actors–yes, body odor and all. Along with the hair and makeup people, we always had the earliest call times and got to see the beautiful people at their worst—completely hungover and without makeup. Believe me, in a business where an actor’s face is expanded to 20-feet and then projected onto a screen for the viewing pleasure of audiences sitting in a dark room, a good makeup artist is worth their weight in gold. At times it wasn’t possible to recognize an actor BEFORE the hair and makeup team had performed their magic.

I never worked with the likes of Sylvester Stallone or Tom Cruise (many thanks to the universe), but I did work with a bevy of both kind and generous actors who were very good at their craft as well as some of the decidedly unappetizing sort. I usually found that actors who came from a theatrical background—where they were paid very little and had to pick up after themselves—possessed both professional excellence and a sense of compassion and camaraderie with the rest of the crew. In my estimation, film is, first and foremost, a collaborative effort, regardless of the fact that the vast majority of the money spent goes to only a few ‘above the line’ individuals. In that last respect, it isn’t all that different from other more normal corporate settings.

Given all the things that could go wrong on any particular day from changeable weather to an actor’s death (unfortunately this did happen on one TV miniseries), I was always amazed when a film project was actually completed. All those big egos on the same set was sometimes like watching Battle of the Titans.

After some time, we got used to the battles being waged by actors who wanted more lines or to write other actors out of a scene entirely. And then there was the ‘my motor home/dressing room is bigger than your’s syndrome’. This was often perpetuated by talent agents who are some of the greediest and most powerful players in Hollywood.

One such epic battle was fought on and off the set of the miniseries Return to Lonesome Dove which was filmed in the 1993 in Montana. Jon Voight, a nasty human being (at least at that time), was constantly trying to write other actors out of scenes. The producers tolerated his behavior even though he was part of a wonderful cast which included Oliver Reed, Barbara Hershey (a real sweetheart), William Peterson and Reese Witherspoon, in her first major role. That kind of offensive behavior would have never been tolerated in a ‘normal’ workplace. The saving grace, and sadness as well, was knowing that you only had to spend a few months working with people that you truly disliked. I always wondered how other friends could work for years in a office cubicle with a coworker they despised.

This is me looking ridiculous on set while playing with special effects props after working for far too many hours. By the way, I became a vegetarian soon after this photo was taken. 🙂

Rules of the game

Working in the biz is alternative in almost every respect. It means you’re only employed for short periods of time by productions that are seen as legal companies but are only in existence from pre-production until the editing is finished in post-production. Basically, an independent contractor, as most film crew are designated, is constantly looking for their next job. You’ve heard the old line about actors sitting anxiously by the phone waiting for a call, well it’s the same for crew members. That sometimes illusive next job depends on the contacts you make, or at least it did back in the era of non-union productions where we were free to roam and work from coast to coast.

One’s connections and the socializing necessary to make them were all important. Unfortunately, my DNA wouldn’t allow me to live near the power centers of the industry for long. I had a friend who lived in New York and spent a year in Rome working on one of the Godfather sequels and several friends in LA who were able to purchase bigger houses once they’d completed working for 18 months on director Kevin Costner’s Water World (the most expensive film ever made at the time), not to mention the fact that the production’s huge crew was housed on a beach in Hawaii for the duration of the shoot.

But the exotic locations somehow eluded me because I chose to live further away from the action in Seattle. I got to work on less exotic, but far more interesting, locations: Upstate New York during a freezing January, the tiny, almost abandoned Arkansas delta town of Cotton Plant (I’m not making that up!) and the Couer de A’lene Reservation in Idaho. I did enjoy a winter in Miami in 1987, but that was an aberration.

I feel very fortunate to have had the opportunity to meet so many unique individuals and see the interior of so many buildings that are otherwise off limits to the general public. It’s quite an experience to be part of a film crew shooting inside a maximum-security prison while the system is continuing to go about its daily routines. The sound of those three gates closing behind us every time we entered or exited the facility, in unison and as a group, was a quite effective deterrent against committing any future crimes.

While I tired of the feast and famine lifestyle, endless hanging out on set (film-making is a very tedious process) and lack of contact with friends and family outside the industry, what I did learn about myself was that I could never fit into the 9-5 claustrophobic cubicle soul-sucking corporate structure of real-world businesses in the USA and most other parts of the world. Working in the film industry was comparable to being part of an informal economy, albeit on a much more financially lucrative level than what I’ve seen while living in the developing world over the past 15 years.

There were too many insightful, humiliating and hilarious experiences to write about in one post. The lessons I learned over those 17 years led me back to my studies and eventually to another nontraditional career as an international teacher. All the moving around from one film location to another was good preparation for the multiple country moves I made over the next decade and a half. And so a different saga now continues. But then that’s life for misfits, as film crew members often called themselves.

So, here’s to celebrating all those of us who don’t quite fit into any of society’s molds!