Clouds build and creep up and over the mountains each afternoon

Clouds have been celebrated in popular culture for their romantic charm as in Judy Collin’s late ’60s anthem Both Sides Now. “Bows and flows of angel hair and ice cream castles in the air, and feathered canyons everywhere,” she crooned. Without clouds there would be no rainbows and who wants to live in ‘that’ world? Clouds are magical!

As a child, I would lie on my back in the grass and watch the clouds, all the while trying to imagine people’s faces or animal shapes in the fluffy forms passing by overhead.  I remember studying clouds in school and learning about their importance in our planet’s water cycle. Cirrus, stratus, cumulus, cumulonimbus; I was fascinated by them all.

Water, our most precious resource and the compound that constitutes up to 60% of a human’s body weight, comes from clouds, and in fact forms clouds. Even if they weren’t so beautiful to gaze at, we couldn’t deny the important role clouds play in sustaining all living creatures on Earth. 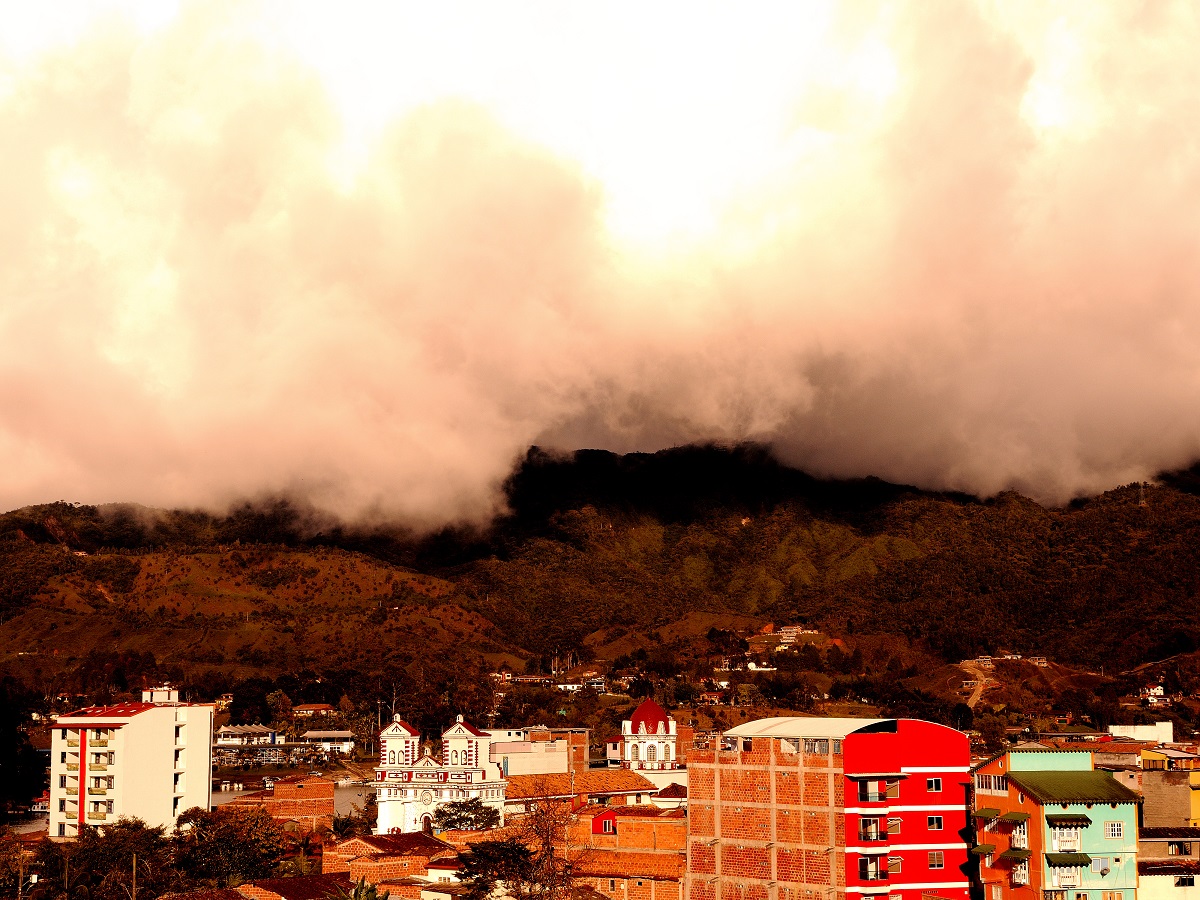 In our connected world where we’re repeatedly reminded of just how self-centered some people in positions of power can be—and we simply must include all the Harvey Weinsteins and Donald Trumps in this group—it’s great to be able to switch off the chatter of our egos for a while and be soothed by the rhythms of nature. Clouds don’t care what Donald Trump tweeted that day, so for just a few minutes I need to take nature’s lead. Escape!

Clouds around the world

As most of you know, I’ve lived in (far too) many places, so I’ve had the opportunity to observe the incredible variety of clouds in different regions of the world.

I grew up in North Carolina and later lived in Florida on the USA’s east coast where cloud types run the full gamut and can be appreciated any month of the year.

Los Angeles, like the rest of Southern California, had almost perpetually blue skies with very few clouds which tended to make the light too harsh. While living in LA, I found myself missing the nuances of light provided by clouds as they filter sunlight creating magical patterns across the landscape. Photographers seek out these effects. 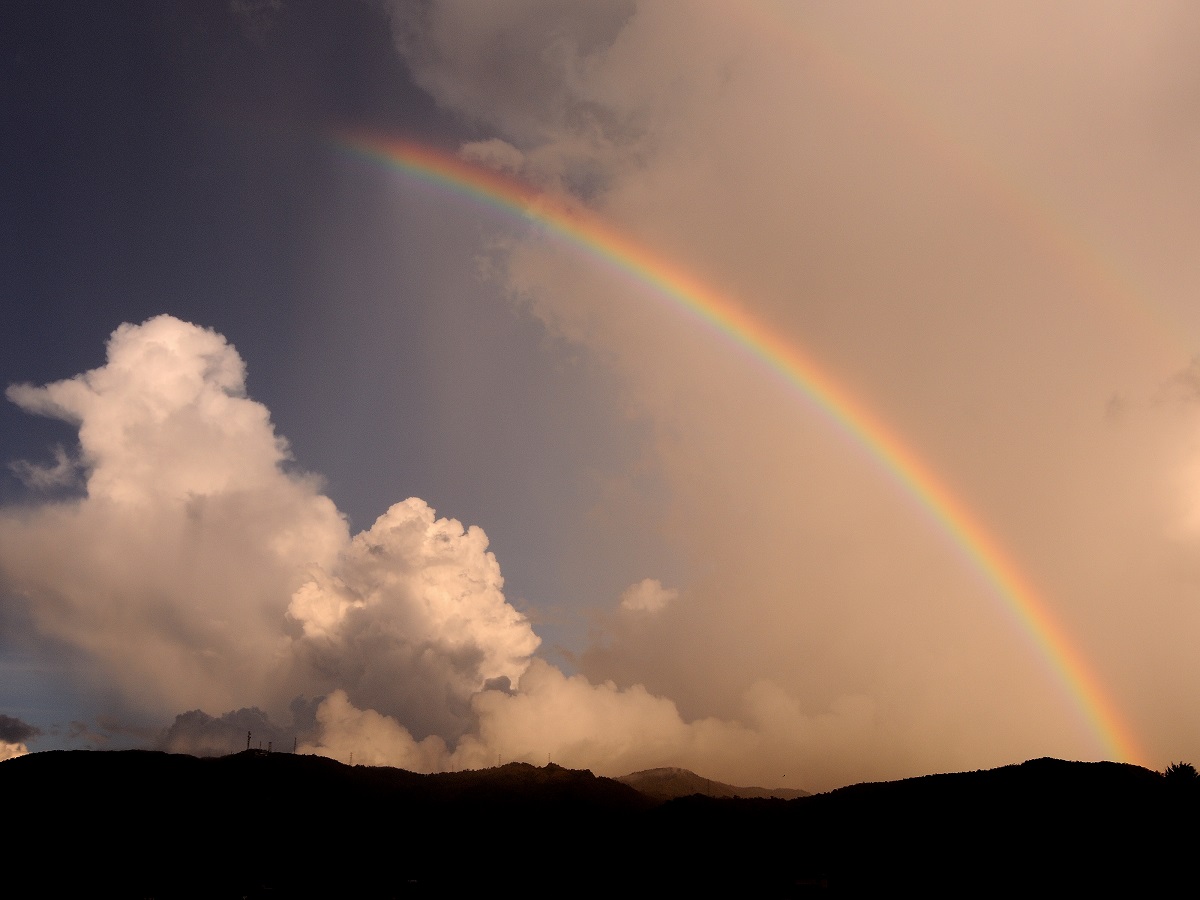 An afternoon rainbow with, what else, clouds!

From LA, I moved to Seattle in the Pacific NW where cloud cover is almost guaranteed for at least 75% of the year, but there were too many clouds in a region that seemed to be the antithesis of California, merely substituting the blue for gray.

Scotland was almost a replay of the Pacific NW with even less light year- round, but lots of great clouds when there was a ray of visible light.

Of all the places I’ve lived, however, China had the least inviting skies, being almost perpetually gray.  I would often comment that the skies reminded me of one of those lovely Chinese ink paintings, only to be mocked by my expat colleagues who would laugh and in unison exclaim, “opti-mist,” before breaking into more laughter. Of course, I was aware that I was looking into an opaque veil of polluted air, but I let them have their fun anyway.

Thailand and SE Asia had amazing clouds during the monsoon seasons, and I found myself excitedly looking forward to the daily late afternoon spectacles when the clouds would build during the day’s heat and then unleash nature’s fury, complete with enough lightning and thunder to satisfy even the most hardcore weather junkie. The downside to these tropical delights was, unfortunately, flooded streets and traffic gridlock in Bangkok where I lived.

The dryness and lack of climatic variety in Oman and much of the Middle East make it a not-so-great place for a cloud lover to live. After eight years there I decided to leave before my body dried out completely and turned into mere grains of sand swirling around the Empty Quarter.

Late afternoon clouds stretching toward the (soon to be) setting sun

My new home in the central Andean highlands of Colombia provides some of the best cloud-gazing I’ve seen in all my travels. I can watch as a constant stream of clouds rises up over the mountains to the east of town and then cascades down the leeward slopes and over the lake below. The geography here seems to be just complicated enough—with the prevailing tropical winds, surrounding mountains, and a large lake—to create amazing afternoon cloud shows and plenty of rainbows.

As busy little humans, we often forget to look up and experience the inner joy that watching clouds can bring.

So, as you’re stopping to smell the roses more in 2018, don’t forget to also look up and contemplate the magic of the clouds overhead. I will be! OHMMMM…